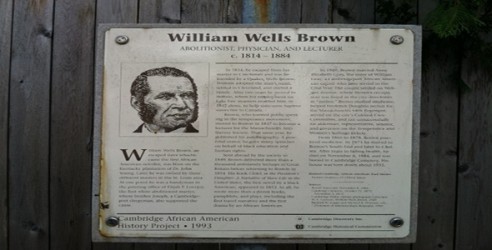 William Wells Brown, an escaped slave who became the first African American novelist, was born on the Kentucky plantation of Dr. John Young. Later he was owned by three different masters in the St. Louis area. Brown, who learned public speaking in the temperance movement, moved to Boston in 1847 to become a lecturer for the Massachusetts Anti-Slavery Society. That same year he published his autobiography. His house was demolished in 1935.