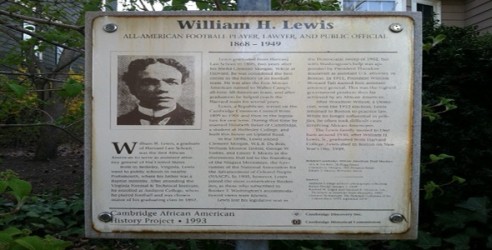 William H. Lewis, a graduate of Harvard Law School, was the first African American to serve as assistant attorney general of the United States. Lewis graduated from Harvard Law School in 1895, and while at Harvard he was considered the best center in the history of its football team. He was also the first African American named to Walter Camp's all-time All-American team, and after graduation he helped coach the Harvard team for several years.