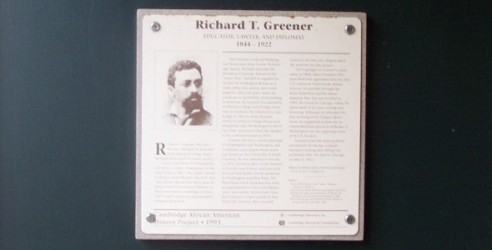 Richard T. Greener, the first African American to graduate from Harvard College, had a distinguished career in public service. He was admitted to the bar in 1876, served as dean of the Howard University Law School plus practiced law and held public service positions in Washington and New York. The Republican Party rewarded him with an appointment to the Grant Monument Association, which built President Ulysses S. Grant's tomb in New York City.