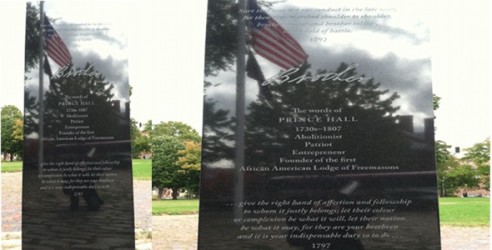 Prince Hall was the founder of the first black lodge within the Masonic Order. He was a leading black citizen of Boston during the Revolutionary War era and a skilled orator. Prince Hall pointed to the inherent hypocrisy of a war being waged in the name of freedom by a people that practiced the enslavement of others.

This monumnet is located on the Cambridge Common.