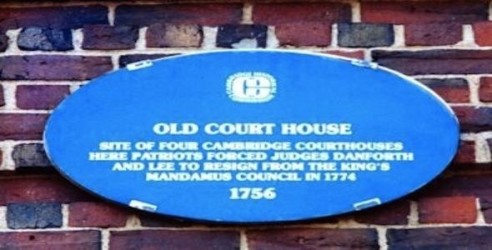 Here stood a courthouse where, on September 2, 1774, patriots forced Judges Danforth and Lee to resign from the King's Mandamus Council. Opposite this site, in 1779, the first popularly elected constitutional convention met in the Fourth Meetinghouse and wrote the oldest constitution still in effect. The model for the U.S. Constitution, it continues to govern Massachusetts today.