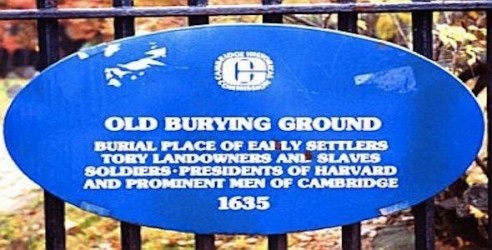 The Old Burying Ground, also known as God's Acre, was set aside from public lands before 1635. Here are buried the earliest Harvard presidents and ministers and many colonial settlers such as Stephen Daye, the first printer in the colonies. Several veterans of the Revolution, including two black soldiers, Cato Stedman and Neptune Frost, also lie here.