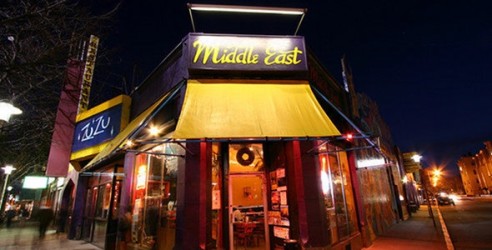 The Middle East is a live music venue, bar and restaurant in the Central Square area of Cambridge, Massachusetts. Having featured a huge variety of musicians since 1987, the establishment, with its upstairs and downstairs rooms, "is the nexus of metro Boston's rock-club scene for local and touring bands", according to Boston Phoenix newspaper. Middle East is consistently named as the "Best of Boston Middle Eastern Restaurant."