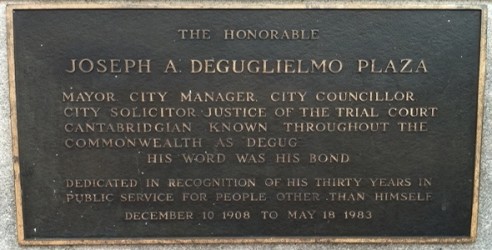 Dedicated to Joseph A. Deguglielmo (December 10, 1908-May 18, 1983) in recognition of his thirty years in public service for people other than himself. He was a mayor, city manager, city councillor, city solicitor, justice of the trial court, Cantabridgian and known throughout the Commonwealth as "Degug." His word was his bond.