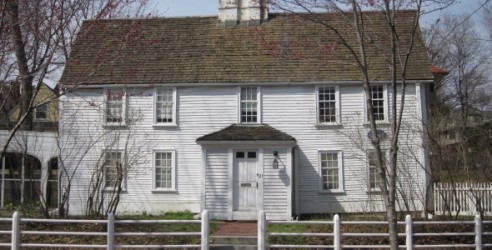 The Cooper-Frost-Austin House is clearly documented as the oldest dwelling still standing in the City of Cambridge. Built by Samuel Cooper in 1681, selectman and deacon at the North End of the cow common, the house was one of the earliest examples of an integral lean-to "half house," comprising a low room, little room, kitchin, chamber, kitchin chamber, garret, and cellar. Other original features include a pilaster chimney and a facade gable. Among the features that have been revealed by Historic New England are c. 1690 molded sheathing in the main hall and chamber above, c. 1720 paneling in the western portion of the house, and original masonry detail in the fireplaces.

Tours are by appointment only.

Admission is $5 for adults, $4 for seniors and free for Historic New England members plus Cambridge residents.

This site is presented by Historic New England.