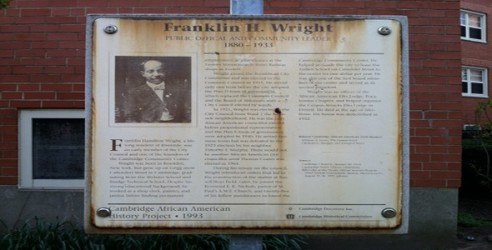 Franklin Hamilton Wright, a lifelong resident of Riverside, was an early member of the City Council and one of the founders of the Cambridge Community Center. Wright joined the Republican City Committee and was elected to the Common Council in 1915. He was the only African American councillor elected before proportional representation and the Plan E form of government were adopted in 1940. There would not be another African American city councillor until Thomas Coates was elected in 1964.