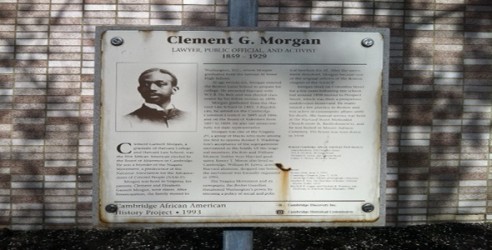 Clement Garnett Morgan, a graduate of Harvard College and Harvard Law School, was the first African American elected to the Board of Aldermen in Cambridge. He was a founder of the Niagara Movement, a predecessor of the National Association for the Advancement of Colored People (NAACP). Morgan graduated from the Harvard Law School in 1893. A Republican, he served on the Cambridge Common Council in 1895 and 1896 and on the Board of Aldermen from 1897-1899.