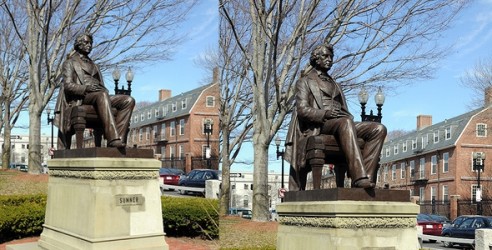 Charles Sumner was an academic lawyer, senator, politician and the head of the anti-slavery forces in Massachusetts. He was also the Radical Republicans leader during the Civil War and Reconstruction. The Charles Sumner statue in Harvard Yard was constructed for the 200th anniversary of his birth on January 6th, 1811.