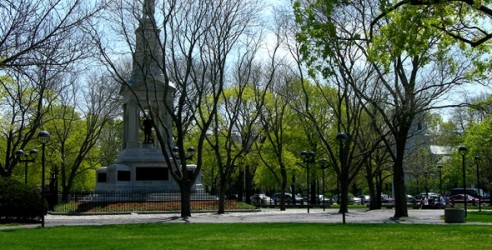 Cambridge Common is a public park in Cambridge, Massachusetts located in Harvard Square. During the American Revolutionary War, George Washington first gathered his troops here. The Common is home to the tree under which he did so, as well as three abandoned cannons and the Irish Famine Memorial. Also included in the Cambridge Common is a playground for children ages one to 10. Bridges, slides, platforms with steering wheels and more are included as well as benches and tables for lunch!