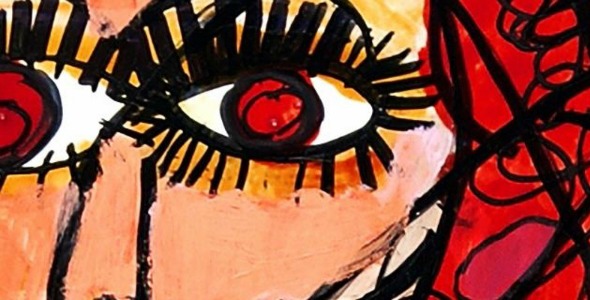 Spend the weekend in Cambridge with our top five must-see events.

The ReelAbilities Film Festival kicks off on March 29th at the Museum of the Science with a film screening of the Oscar-nominated documentary Life; Animated. The first-of-its-kind festival started in New York and now travels to a dozen cities across America, presenting award-winning films about and by people with disabilities.

The opening night documentary, Life; Animated introduces us to Owen Suskind, a young man with autism, who as a child was unable to speak until he and his family discovered a way for them to communicate: through the world of Disney animated movies.

Following the documentary, stick around for a discussion, book signing and reception with Ron Suskind, film subject and Pulitzer-Prize winning journalist and author.

The Longy School of Music of Bard College is excited to announce that the acclaimed Horszowski Trio will be their artists-in-residents this year. Treat yourself to a performance by the talented trio this Friday evening at Longy’s Pickman Hall. The concert will feature works dedicated by Beethoven as well as an improvised response to some of his pieces.

Looking for a little inspiration for April Fool’s Day? Look no further than our Insider Post, “ Top Five MIT Hacks.” The word “hack” is used a little differently in Cambridge than it is used throughout the rest of the world. In Cambridge, the word, ‘hack” does not simply imply a way to make something easier. Instead, it’s a term used to describe an amusing prank. And no, we are not pranking you!

The geniuses over at MIT have a certain knack for hacks (see what we did there?) and we thought it was only appropriate to highlight a couple of our favorites this April Fool’s Day. Read on for inspo from the pros.

Read it: All weekend

On Saturday evening, be sure to clear your schedule for the opening reception of 3 Artists: Celebrating Autism at the John O. and Olivia Parker Gallery at Lesley University. All are invited to attend the exhibition which features the very impressive artwork of professional autistic artists. The mission of this exhibition is to highlight the strength, creativity, and genius of autism.

Not only will you be treated to great art, but all of the proceeds from any art sales will directly to the artist.

This weekend is gearing up to be filled with music, and we wouldn’t have it any other way! On Sunday evening, head over to the Sanders Theatre in Harvard Square to hear the brilliant pianist Brad Mehldau perform and prepare to be seriously impressed. Brad’s style has transformed the paradigm of jazz and classical performance. During this special solo concert, music lovers will hear Brad’s newly commissioned work Three Pieces After Bach, along with canonical pieces from The Well-Tempered Clavier and other selected compositions.