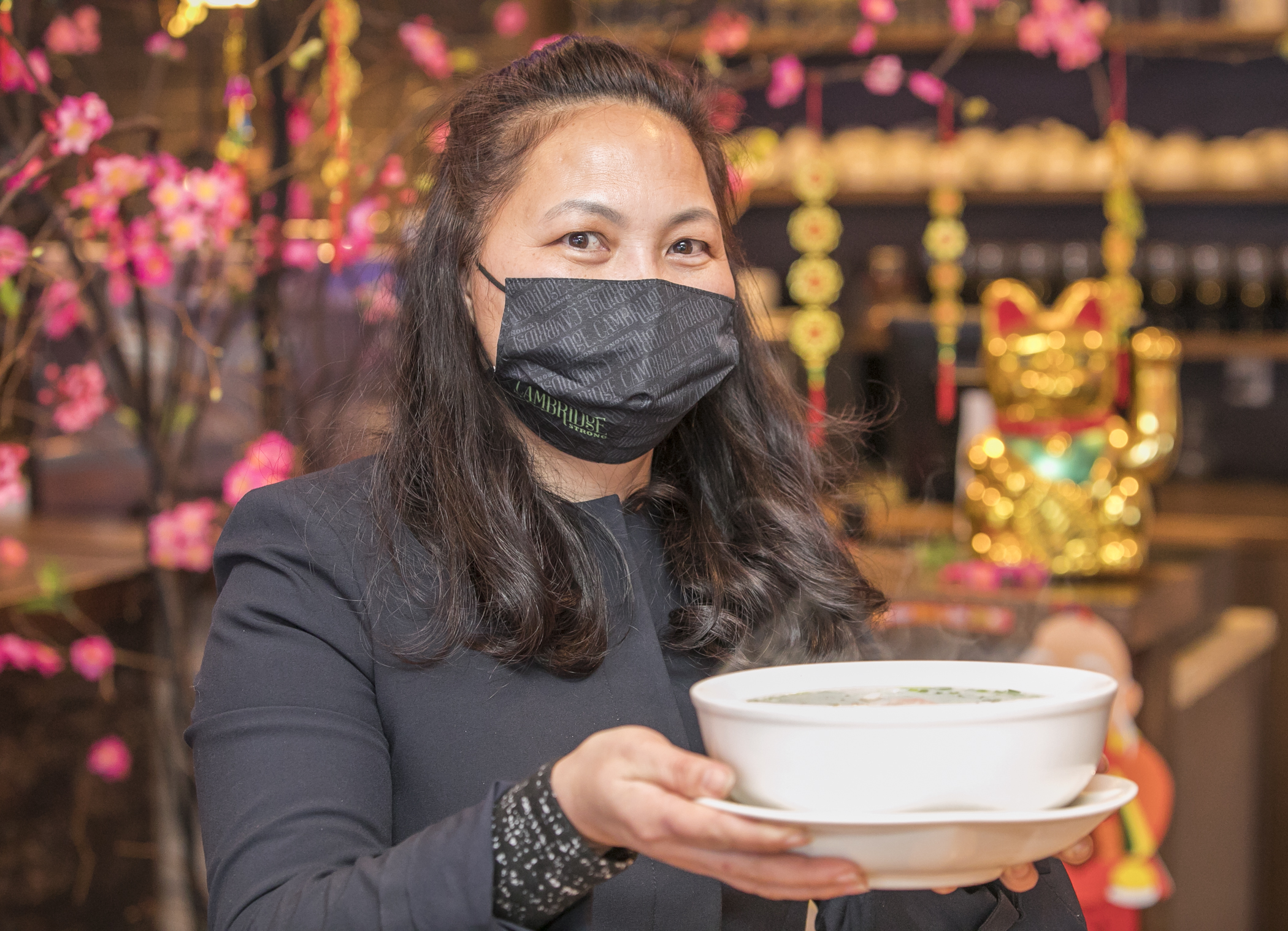 The owner of Le’s sparks joy with traditional Vietnamese food.

“Strong as an ox” makes for a perfect mantra in 2021, the Year of the Ox. This is especially true when it comes to local biz. Business owners like Huong Le prove to be “Cambridge Strong.”

Le’s Sushi Bar rang in the Year of the Ox by sharing free bánh chưng with Cambridge. Per Vietnamese tradition, this savory cake is made to show appreciation for one’s homeland. Huong Le saw bánh chưng as a way to thank the community. “We made it,” she said, “to express my gratitude to... [neighbors] who support small, local businesses during this difficult time.” Recognizing the stress of the pandemic, Huong wanted us all to have something special we could enjoy.

Huong Le, whose name means scented flower in Vietnamese, grew up in Hanoi, Vietnam. During 2016, she opened Le’s in East Cambridge. Taking advice from friends, Huong decided to incorporate authentic Vietnamese food into the menu and showcase more of her culture. Huong differentiated Le’s from other Vietnamese restaurants through using flavors inspired by North Vietnam, the region she is from. Le’s Vietnamese offerings include phở plus bubble tea.

Huong prides herself on sharing her culture with the community. She is also delighted she can provide nutritious cuisine. Between fresh maki, sashimi, cooked sushi rolls and vegetarian rolls, Le’s healthy options are extensive.

Regulars joke that Huong serves “mom food” since her dishes taste like Mom used to make. One bite, and it’s obvious: they are made from the heart.

“I’m so happy that the residents of Cambridge really welcome the restaurant and enjoy the food,” Huong shared.

From the restaurant’s beginnings, Huong has felt immense support from the people of Cambridge. “I love my [customers,]” she said. “We talk and laugh like family.” That has been especially important to Huong because when she arrived in Cambridge, she didn't know a soul who lived here.

Before making Cambridge her home, Huong studied at universities in Europe and Russia and then lived in the Czech Republic for ten years following the dissolution of the Soviet Union. In 2014, Huong moved to Cambridge so her four daughters could get the best possible education. Determined to provide for her daughters, Huong began enrolling in courses to learn English, and she became a business owner. She converted the Ciampa Apothecary building into Le’s, and the rest is history!

Huong Le and her daughters are grateful for those who helped Huong start her business and for customers who continue to support Le’s. Le’s is proud to be a woman-owned, minority-owned and family-owned business. Whether you stop by for lunch, dinner, dine-in or carryout, the Les will treat you like family!