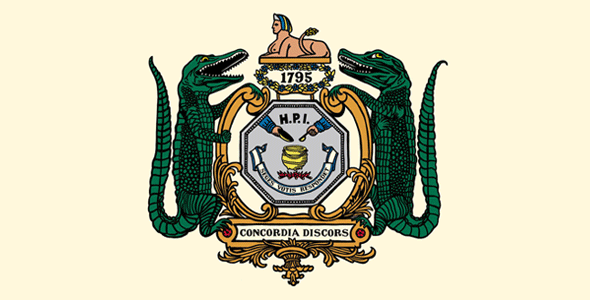 FACTS YOU SHOULD KNOW ABOUT THE HASTY PUDDING THEATRICALS

Every January, you might be lucky enough to catch one of your favorite female celebrities cruising down Mass Ave. She’ll be cloaked in feathers and sequins and surrounded by a fabulous posse of men in drag, while starring in a jubilant parade in her honor. Before you know it, she is whisked into the Hasty Pudding Club for a hidden celebration that dates back to 1951.

This year, Mila Kunis has been crowned the Woman of the Year, with the Man of the Year announcment soon to follow.

On Thursday, January 25th Mila Kunis will enjoy her moment in the Cambridge spotlight. The time-honored parade will begin around 2:45p in Harvard Square from Mass Ave to Holyoke Street.

The Hasty Pudding’s Man and Woman of the Year celebration has become Cambridge’s most beloved but mysterious annual event of the year. Curious? Here are some facts you should know:

First off: what is the Hasty Pudding Theatricals?

The Hasty Pudding Theatricals (or ‘The Pudding’ for short) is a student-run theatrical society at Harvard University. The Pudding is known for their burlesque, cross-dressing musical performances. The club was founded on September 1, 1795 with the mission of bringing undergraduate students together. In the early days, the Hasty Pudding existed as an artistic fraternity where members hosted mock trials discussing current events. Those performances ultimately evolved into student-written shows that were and still are presented to the Cambridge community and beyond.

What makes them special?

WHAT IS 'HASTY PUDDING' ANYWAYS?

Hasty pudding is a porridge made of cornmeal and molasses, similar to polenta, and is inexpensive and quick to make. Hasty pudding might not be a staple in today’s diet, but back in the 1700s it was a traditional dish that New Englanders loved to eat.

Why did the founders decide to name their club ‘Hasty Pudding’?

When the club was originally founded, each meeting began with the arrival of two undergrads who were required drag an enormous cast-iron pudding pot across Harvard Yard to every meeting. Why you ask? The club members lamented the lack of appealing food served at the Harvard dining halls and they decided that they needed to make a stand and provide a pot of pudding for every meeting as a much-needed treat.

The pudding pot has since become a symbol – each Man and Woman of the Year honoree is awarded with a small golden pot at the end of his or her celebratory roast.

How does the club select who will take the honor of Man and Woman of the Year?

Each honoree is selected based on who the club believes has made an impact on the entertainment industry in a significant way.

Notable Woman of the Year Honorees include:

Gertrude Lawrence was the club’s pick for the first Woman of the Year award.

Notable Man of the Year Honorees include:

Bob Hope was the club’s pick for the first Man of the Year award.

The club has an equally impressive list of notable club members and alumni.

What happens during the Woman of the Year ceremony?

The Woman of the Year ceremony begins with a festive parade through the streets of Cambridge followed by a celebratory roast and the traditional presentation of the pudding pot at the Hasty Pudding’s clubhouse. The revelry finishes with a press conference, and most importantly a viewing of the club’s newest performance.

What happens during the Man of the Year ceremony?

A traditional Man of the Year ceremony includes a tour of Harvard Yard and a roast by members of the Hasty Pudding Theatrical. It is followed by the awarding of the pudding pot. The evening finishes with the opening-night performance of the club’s newest performance.

How can I see a Hasty Pudding Theatrical’s Performance?

Yes, you can see the Hasty Pudding Theatricals in action! This year, catch the 170th performance: Intermission Impossible. The show will perform from February 3 through March 4. Click here to learn more.