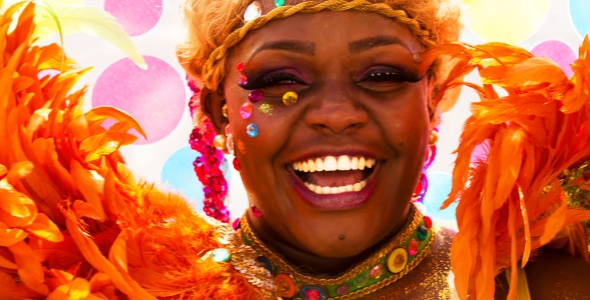 EVERYTHING YOU NEED TO KNOW ABOUT THE CAMBRIDGE CARNIVAL

The Cambridge Carnivalis back again for its 26th year in Cambridge this September and it’s sure to be bigger and better than ever. Head on over Kendall Square to celebrate this true Cambridge tradition on Sunday, September 9th from 12p -6p. Read on to learn everything you'll need to know about one of Cambridge's biggest and most colorful festivals of the year.

The Cambridge Carnival is more than your typical community celebration as this festival is deep rooted with culture and a rich history, dating back to the 1600s. Celebrated in secrecy during the period of slavery, the Carnival has since transformed into a celebration of self-expression, community values, and emancipation.

Noted as the largest festival in the city of Cambridge, this Carnival has grown immensely from street fair to a massive celebration in Kendall Square. Hosted each year by non-profit organizations, the Cambridge Carnival International Festival builds ties among citizens in the community and draws in a vast number of visitors from surrounding state.

Continuing to envelop people with the unique and profound culture of Brazil and the Caribbean, the Cambridge Carnival preserves these traditions based on the models of Trinidad and Tobago. From jazz to contemporary styles, this family-friendly event will be filling the crowd’s ears with soft melodies and rhythmic beats.

Celebrating its 26th year in Cambridge, attendees can expect a massive parade with vendors on both sides of Ames Street. Featuring live music and entertainment, the festival will have music stages, ethnic food, arts and crafts, dancing and much more. Guest DJs will be making their way to the parade both before and after, along with costume competitions and bands providing Caribbean, Reggae, Compa, Salsa and Punta music.

On the Rhythm Stage, explore martial arts demos along with interactive drumming and dancing. From 12-6p, the KidsFest will take place. There, kids ages 5-14 can get their face painted, learn how to walk on stilts and participate in crafts. The mile-long parade boasts over-the-top costumes with vivid imagery and intricate costume designs.

Cambridge Carnival is a full day event starting at noon and ending at 6p. The grand costume parade rolls at 12:30p near the Charles River along River Street and Blackstone Street complete with steel bands and extravagant costumes. The parade will continue through Central Square to Mass Ave, up Main Street and ends near MIT in Cambridge.

If you’re coming in from the city, hop on the Red Line to Kendall Square or get off at Central for the parade. We recommend taking public transport as the Main Street will be closed for several hours and parking is limited. If you do decide to arrive by car, Kendall Square, Central Square, and East Cambridge all offer plenty of parking garages close to the festival.