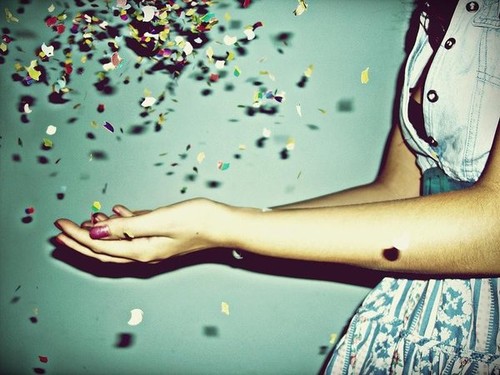 Before the champagne bottles are popped and 2015 is welcomed with midnight kisses, take a minute to look back on the peaks and valleys of 2014:

We’re taking any excuse to remind everyone that Harvard beat Yale at this year’s annual football rivalry known as ‘The Game’.

Why is this year especially noteworthy?

Well, Harvard University pulled off a perfect season, walking away with a flawless 10-0 year, and earning game coverage by none other than ESPN. We’d say that beating their long-time rivals made their successes even sweeter. Go Crimson!

With 9% of Cambridge residents commuting by bike daily, it’s no secret that Cambridge is a bike-friendly city. So it came as no surprise that the city offered strong support for the bike sharative to keep their stations open through the winter for the second year in a row—but in Cambridge only! Cambridge has 33 Hubway stations around the city, and we are darn proud to be the only city in the area to stay open year-round.

We’re blushing over the amount of submitters for our ongoing #PictureCambridge campaign. Since launching the campaign in April 2013, we have been constantly inspired and awed by the talent you guys possess! From yummy foods, to packed festivals, to everyday scenes – we can’t say it enough: we’re so happy to see Cambridge through your eyes!

2014 was a big year for Cambridge’s art scene. After 5 years of renovation, and incredibly meticulous planning, the highly anticipated Harvard Art Museums opened on November 16th as one grand space. We could sit here all day and list all of the reasons why you’ll have to check out the Harvard Art Museums in 2015, or you could click here and see for yourself.

But Cambridge’s art scene didn’t stop there. Another noteworthy art museum quietly opened this October. Behind gorgeous wooden facades and nestled next to Winthrop Park, The Cooper Gallery brings a selection from the largest contemporary African and African Art collection in the WORLD to Harvard Square.

Foodies from all over are flocking to Cambridge, and with 29 new restaurant openings (and counting!) this year, we can’t say we blame them. Notables include Alden & Harlow in Harvard Square, who received local and nationwide attention for their small, brilliantly crafted plates. Also new on the scene was Café ArtScience in Kendall Square, who are pushing the boundaries of how we eat and define food.

This summer, we were bursting with pride over the launch of our new destination video for Cambridge. Produced by Hans Johnson Studios, we attempted to answer one very common question: What is there to do in Cambridge?

The answer? An energetic, colorful and unique 60-second tour that you’ll have to see for yourself….maybe more than once!

Our police department is getting recognized this year in a big way, and it’s not for what you may expect.

The Cambridge Police Department has the 4th largest Twitter following in the country for police departments. That’s pretty major if you ask us! They do an amazing job keeping us safe and alert with up-to-the-minute tweets and great safety tips.

It is with a heavy heart that we say goodbye to Cambridge icon and radio personality Tom Magliozzi: one half of NPR’s beloved ‘Car-Talk’, a humorous talk show that attracted an impressive 4 million listeners. You could often see the brothers drinking coffee and holding court in Harvard Square. Tom was 77 years old, and is survived by his brother Ray.

2014 also marked the death of Boston’s beloved Mayor Tom Menino, who lost his fight with cancer at 71, on the day before Halloween. He served the City of Boston well for 20 years, five months and 25 days. Mayor Menino was loved by Boston residents almost as much as he loved Boston. He will be missed.

What would Cambridge be without The Middle East? Having featured some major musical names since the late 80s, the thought of Central Square without this iconic building felt devastating. With rumors that this beloved music venue might close, the Middle East’s future seemed uncertain.

But not to worry! In November 2014, owners Joseph and Nabil Sater made a major decision by purchasing their 44-year home, securing their place as a permanent music venue for many, many years to come.

10. Cambridge Chefs are Immortalized on US Postal Stamps

In September the Postal Service released its Celebrity Chefs Forever Series, featuring five chefs from around the country. This included two Cambridge culinary icons: Julia Child and Joyce Chen. It’s not everyday that Cantabrigians are honored on a US Postal stamp, not to mention two at the same time! Suddenly we’re feeling inspired to send more snail mail.

It is undeniable that Rialto has stood the test of time. With James Beard Award Winning Chef and Owner Jody Adams at the helm, Rialto has become a major name in Italian cuisine. Jody’s passion for bringing every corner of Italy to her customers, her adventurous cooking classes and her dedication to serve fresh, authentic dishes has made her so popular. We couldn’t be more proud to have her home base be in Cambridge! Cheers to another 20 years of wonderful dishes and memories.

Celebrities flocked to Cambridge this year! We’re crediting our 60-second video for that (see #6!). You’re welcome…

But seriously, we had nothing to do with it…maybe.

The Harvard Book Store hosted authors Amy Poehler, Hillary Clinton, Jason Segal (among others) who read at sold-out events. Cambridge native Mindy Kaling spoke at The Harvard Law School’s Class Day and famously called them a bunch of “nerds”. And of course, the annual Hasty Pudding Theatricals named two celebrities as the Man and Woman of the Year. Those awards went to Neil Patrick Harris and Helen Mirren respectively.

What would a year in Cambridge be without a brilliant why-didn’t-I-think-of-that innovation from the folks at MIT? Well, MIT has done it again and actually reinvented the wheel.

In short, the Copenhagen Wheel turns your bicycle into an electric hybrid machine through a motorized, 350-watt device that simply attaches to the back of your wheel. Inspired by fellow bike-centric city, Copenhagen, this little device helps you not waste energy on your bike ride, giving you the power you need to get through 5 o’clock traffic at 20 miles per hour. We’re sold.

15. Cambridge Named the Most Exciting…Suburb?

There were mixed reviews, confused glances, and questioning articles, tweets and comments when the Movato Real Estate blog named Cambridge, MA the most exciting ‘Suburb’ in America. Say whaaat?

Sharing the list with Quincy and Berkley, CA, Cambridge is teeming with activity from great food, to arts, to brilliant education and more. But you already knew that, didn’t you? Regardless of the controversy Movato’s use of the word ‘suburb’ stirred, we will happily agree that Cambridge is a pretty exciting place to live, work and be.

In the summer of 2013, our office got a whole new logo and a new website and we dove head first into the social media scene. We were feeling pretty snazzy, but we knew our printed materials needed a little TLC.

Armed with a refreshing new personality, and the help of a pretty cool graphic design team – aka JSGD– we built a more colorful and informative visitors guide that we are quite proud of. It was a labor of love, and the coolest part of the whole revamp? Each photo tells the story of Cambridge through your eyes via our #PictureCambridge Instagram campaign (properly credited of course!).